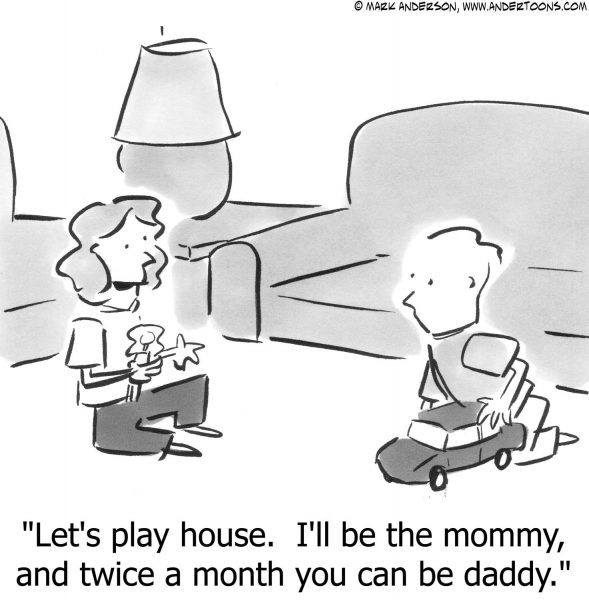 A traditional Chinese curse simply put is “May you live in interesting times” and ‘interesting times’ is the most charitable description of the daily happenings of those parents entering into the affray of child custody proceedings.

Seeing our own client’s daily personal battles in this arena has led me to believe that a person’s life is fraught with so much insecurities and anxieties at no greater time than during child custody court proceedings. These difficulties often leads our clients reacting irrationally and in ways that can irrevocably damage their own case.

I can say with some measure of confidence that none of our clients seriously intend on losing custody of their children, yet their conduct during the proceedings has always (and I really mean ‘always’) led me to believe otherwise.

For this reason, I have often wanted to commit to paper the greatest mistakes one can commit in their own child custody proceedings.

I am publishing this series not in their entirety, but gradually. Yes it may seem like a tease and product of the new-fangled era of content marketing, but it’s done simply to allow me enough time to write between dealing with various machinations of everyday life and the conduct of our legal practice.

Starting at the beginning, we must always commence with an examination of our own behaviour. Being merely human, we are all liable to act erratically when the vicissitudes of life become so great a burden upon our shoulders.

Being honest enough to accept this one behavioural trait in ourselves would go far in allowing us to cover a myriad of our sins when going through child custody proceedings.

The Christian slogan to moderate behaviour, WWJD (What Would Jesus Do), could be tweaked slightly to What Would the Judge Do? Imagine the judge standing next to you in all your interactions with your children and your former spouse and you will certainly moderate your behaviour.

Moderating your behaviour includes not making threatening or hurtful comments towards your spouse or your children. You may believe that they words being said then disappear into the ether without a care or trouble in the world … but this is not always the case.

Your children are sponges and what they hear they repeat and what they see they will certainly do. What you do and say in private will be repeated to your spouse or your in-laws, your children’s school teachers or worse, a court appointed child physiologist.

Another danger is the written form of communications. I have seen our clients have entire conversations by SMS with their spouse or in-laws, not realising that these conversations can be misconstrued to their detriment. I have yet to see a good reason provided to me by my clients as to why they need to have a lengthy discussions via SMS with their former spouse.

I have seen the rise of emails and SMS messages being used in court and tabled as evidence against former spouses, and as happenstance may have it, they are accepted and often undisputable as evidence.

I’ve often buried my head in my hands at times reading written communications between spouses, and at the best of times my only response to the court is that whilst they say what they say, they definitely do not mean what they mean (yes, proving black is white in court is difficult even for lawyers).

In situations where your former significant other attempts to goad you into an argument, stop and think, WWtJD and make like a duck. It’s imperative in these situations not to let yourself be carried away into being forced to respond. When the tirade and rains come, do like the duck and don’t attack the rain, simply endure it and allow it to run off your back with your pride and dignity intact and know that these matters don’t last forever. The sun will eventually shine.

Having turned our attention to your behaviour towards others, it would be remiss of me not to mention under this heading your personal behaviour towards yourself. It’s quite necessary to turn on crutches to get you through the pain and agony of child custody proceedings. While turning upon the crutch of family, close friends, religion and God is fine, do not go down the slippery slope that leads to the dark abyss of alcohol, drugs, gambling and transitory relationships.

As all is fair in love and war, these matters do have a tendency to make their presence known in front of a judge, and will do you no favours in child custody proceedings.

All these things are easier said than done, but fighting for the sake of your children is a worthy objective.

Look out for the next article on the issue of “Alienation and Affection”.