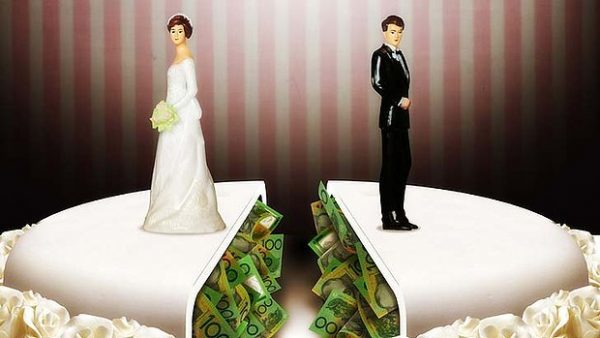 Background to the case

`A couple, known by the court as Mr Wallace and Ms Stelzer, met in 1998 at the Sydney club where Ms Stelzer worked soon after Mr Wallace split from his first wife.

He was 51 years old, divorced and came into the marriage with an “overwhelming pool of assets”. He has a net worth of more than $16 million.

She was 38 years old at the time, “had no assets” and had also been married previously.

They married seven years later and entered into a prenuptial agreement that Mr Wallace would pay Ms Stelzer $3.25m if the relationship failed within four years.

He married Ms Stelzer in October 2005, but not before a pre-nuptial agreement was signed, stating that Ms Stelzer would receive $3.25 million if the marriage broke down in the first four years.

They separated after two.

Mr Wallace tried to renege on their pre-nuptial (binding financial) agreement, arguing that the relevant legislation was unconstitutional because it was retrospective. He argued that his pre-nuptial agreement was signed before the 2010 amendments and so his agreement should be deemed invalid.

He also said his lawyers did not give him adequate legal advice and make clear the pros and cons of the pre-nuptial agreement. He said that his lawyers had taken only minutes to sign it.

In 2004, the Family Law Act specified that the body of financial agreements had to state that legal advice had been given to clients, and solicitors were required to provide a signed certification.

However, a number of agreements were subsequently deemed invalid because there was nothing in the body of the agreement stating that advice had been given.

The Full Court of the Family Court ruled the pre-nuptial agreement was binding and that the amended legislation “can have a retrospective operation which is constitutionally valid”.

The woman who previously worked as a pole dancer is set to receive $3.25 million from her ex-husband after the Family Court ruled against his bid to have their pre-nuptial agreement overturned because of her “false promises”.

The ruling means that there is much more certainty about the validity of pre-nuptial agreements that were drafted between 2000 and 2008.

Professor Patrick Parkinson, a family law specialist at the University of Sydney, said divorce lawyers had been watching the case, known as the “pole dancer case” very closely.

“The ruling means there’s much more certainty about the validity of agreements that were drafted between 2000 and 2008.”

For those with Binding Financial Agreements, this is a good decision generally as it gives a lot of confidence to the community and to the legal profession, but there are still a host of problems with the legislation and the government needs to fix them.

One of those “technical problems” includes having lawyers come under more scrutiny, as the legislation still allows courts to analyse how solicitors gave advice to clients, despite the signed certification.

If you have any questions about your pre nuptial agreement, call our experienced lawyers at GMH Legal for a FREE consultation: