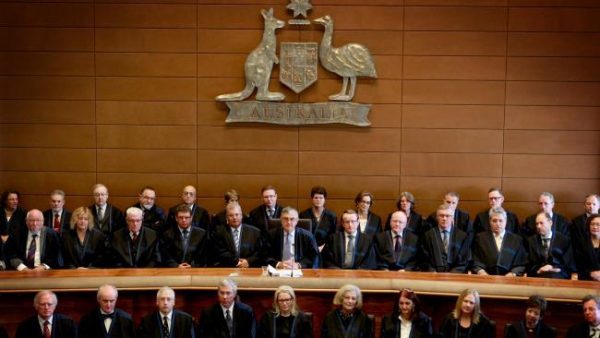 GMH Legal recently succeeded in an immigration law appeal before the Federal Circuit Court. The case involved an appeal of a student visa cancellation, which was eventually found to be affected by jurisdictional error in the decision of preceding Tribunal.

Our client was an international student enrolled in a Bachelor of Business (Accounting) Degree with a Sydney education provider. At the end of his first Trimester, our client became seriously ill. He went to the relevant head of department and provided evidence that he was ill and was unable to attend his courses.

Despite his medical illness, the education provider cancelled our client’s COE (Confirmation of Enrolment) in July 2013 without informing our client.

Our client was never made aware that his COE had been cancelled until November 2013 when he attempted to enrol in classes upon his recovery and found out that he was unable to do so.

Following this, the Department of Immigration issued a notice to our client stating that they were intending to cancel his student visa. The Departmental letter stated that our client had breached Condition 8202 of his visa, which mandates that a student must remain enrolled in a registered course of full-time study.

Our client retained our services at the Federal Circuit Court appeal. Our application contended, amongst other things, that the education provider had failed to inform the student, BEFORE they cancelled his COE, as required by Standard 13.4 of the National Code of Practice for Registration Authorities and Providers of Education and Training to Overseas Students 2007 (National Code), of its intention to cancel his COE and notify him that he had 20 working days to access its internal complaints and appeals process as per Standard 8.1 of the National Code, during which time any cancellation of his COE could not have taken effect.

Relevant considerations are the matters that the decision-maker is bound to take into account. They are derived from the terms of the specific statutory power, or implied from the subject matter, scope or purpose of the power; Lo v Chief Commissioner of State Revenue [2013] NSWCA 180 (“Lo”).

Irrelevant considerations are the matters which are not only not mandatory, but which are in fact prohibited from being considered, having regard to the subject matter, scope or purpose of the power; Lo.

The first ground of our appeal was that the decision of the Tribunal was affected by jurisdictional error as the Tribunal failed to take into account the relevant consideration that the authorities at the education provider failed to notify our client of the cancellation of his Confirmation of Enrolment as required by Standard 13.4 of the National Code of Practice for Registration Authorities and Providers of Education and Training to Overseas Students 2007.

The third ground of our appeal was that the decision of the Tribunal was affected by jurisdictional error as the Tribunal confused a report of the internal appeal panel of the education provider with a report from the Overseas Student Ombudsman. The Tribunal member placed undue reliance on the authority of said report in making their decision. The Tribunal member mistakenly referred to the appeal panel report as the Ombudsman’s report on no less than five occasions during the course of their questioning of our client. The Tribunal decision was thus to some degree based on an erroneous understanding of the information before them and thus fell into jurisdictional error.

The fourth ground of our appeal was that the Tribunal’s decision was unreasonable (Associated Provincial Picture Houses Ltd v Wednesbury Corp [1948] 1 KB 223) in the sense that the Tribunal reached a conclusion lacking an evident and intelligible justification, as outlined by the High Court decision of Minister for Immigration and Citizenship v Li (2013) HCA 18 (“Li”). In Li, the plurality of the High Court made it clear that “unreasonableness” is not limited to decisions that are irrational or bizarre. It stated that “unreasonableness” might be found where the decision maker has “committed a particular error in reasoning, given disproportionate weight to some factor or reasoned illogically or irrationally”.

The Federal Circuit Court found that the Tribunal’s decision to affirm the cancellation of the visa had been “infected” by jurisdictional error.

If proper procedure had been followed, our client would have taken steps to gain enrollment with another education provider much earlier, thus making the breach of Condition 8202 much less significant.

The Federal Circuit Court also found that if the education provider had given our client proper notice of the intention to cancel his COE, he would have lodged an internal appeal within the requisite amount of time, and if the appeal was unsuccessful, he would likely have taken steps to gain enrollment with a different education provider.

Given that it was this lengthy period without enrolment that was cited as the basis for the Tribunal cancelling our client’s visa, the Federal Circuit Court found that the Tribunal’s decision to cancel our client’s student visa was affected by jurisdictional error by virtue of the fact that the tribunal did not consider a relevant fact, namely, the failure of the education provider to comply with key provisions of the National Code.

A copy of the judgement can be downloaded and viewed here: MOLLA v MINISTER FOR IMMIGRATION